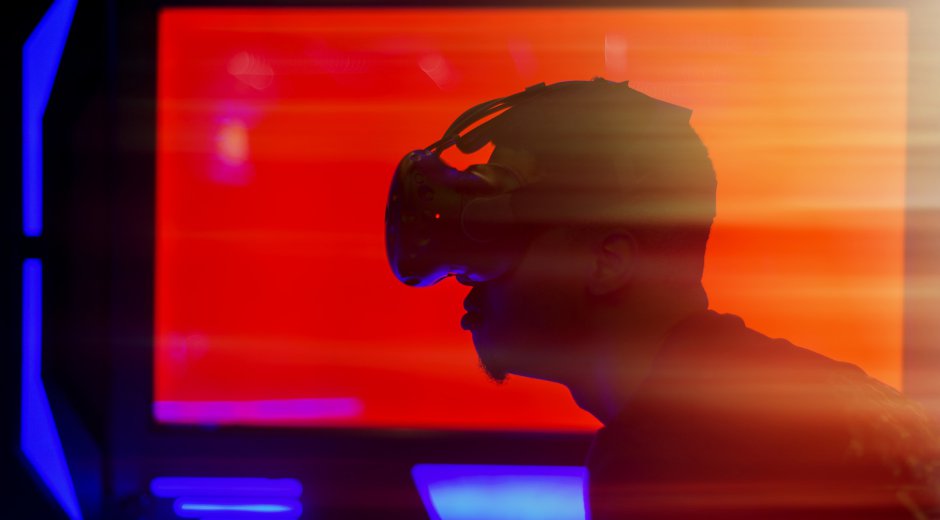 The internet is flooded with new VR apps every day. But how do you find the best ones? Well, we've reviewed and created a curated list of the best virtual reality music experiences for you. Music is a game changer. If your sound isn't up to par, your entire project could fall flat. Today, we're focusing exclusively on VR experiences where music comes first. You'll see some of the best VR music videos, VR music visualizers, VR games, as well as VR music platforms - all designed to help you enjoy music better.

And so much more! Seriously, we filled this post with tons of useful information, and there are secret bonuses at the end.

This game is an interesting music visualizer in the sense that it's completely unique. Instead of using existing music to visualize the material, Intone uses your own voice. Yes, that's right. It uses your own voice. You start floating in deep space with a cluster of blocks in front of you. You select blocks through a grid based on your vision. Also, depending on the sounds you make, the blocks will move and change color.

Scott Hayden of RoadtoVR writes that he started making weird whale sounds and created great effects in the visualizer. However, he started to worry about what his neighbors would think of him... He didn't want them to think he was schizophrenic. Still, he played the game for about 20 minutes, much longer than a traditional PC game.
Overall, Intone looks like an interesting experiment in interactive VR visuals.

Furthermore, The Weeknd created a very deep and multi-layered Virtual Reality music experience for his song The Hills feat. Eminem. Again, what makes this video different is the little details that the producer adds to create this mystery in the video.

I didn't notice it until the third time, but there are several men and women dancing in the shadows in the burning apartments. Throughout the film, a meteor shower and aurora borealis appear in the sky. A car explosion also turns into a shadowy skull. And of course, you can't miss the blue flashing lights in the limo. Overall, the video creates a fun mood that could only be created with a mix of CGI and 360 Video.

Harmonix has created a short and colorful preview of their upcoming Music Visualizer. For those who have a PS4, you will be able to have a great visualization of your favorite music.

Imagine you're 5 years old again. You just got your first xylophone and are in love with all the sounds you can create. The Plays have increased that experience by 10 times! They have created the perfect playground where you can play with different sounds in a friendly and colorful environment.

You are now a xylophone that consists of gummy bears, neon hot dogs and jelly beans. It's a lively adventure that gives you a haptic experience of sound. The game also uses HTC Vive controllers as drumsticks. You can additionally fly around in this magical world making music.

6. This Summer by Roomie (Maroon 5 Cover)

This is one of the best 360 music videos I've seen. This virtual reality music experience spans multiple locations, with interesting things happening in each scene. A lot of music videos don't justify their use in 360. However, Roomie travels around London showing developed dance sequences, views of London and at one point puts on a massive show in central London!

Not only does he showcase great locations, but he also uses the rest of the space to put lyrics to the song. So no matter where you're looking, the video manages to keep you engaged.

This animated 360 video is perfect. It has lots of great little details that make this video shine.

The video takes you on an adventure through a very strange world. In the beginning you are attached to a body that runs through the world.

This happens when you see a mix of inhabitants connected to Virtual Reality headsets dancing. It goes from very light to very dark quite quickly and creates an interesting commentary on the future of VR. Starting with Utopian Paradise, you slowly move into darker territory.

This film really shines with the amount of detail it has. Every single scene has endless layers to explore. For example, one of the things I notice is that as you move through this world, all the eyes and body of the inhabitants follow you at all times.

The square pusher just creates the most amazing sense of awe, completely blowing away your expectations of what a music video could be.

Amplify VR is the most amazing virtual reality creation platform for music artists in the world. Amplify VR enables bands, artists and musicians to perform in a spectacular and breathtaking environment where the audience is an active participant. It even allows users to play along with their song. Amplify VR is a new kind of immersive virtual reality music experience for the digital future!

More details will be released in 2019.

VRTIFY is trying to position itself as a major VR music platform. It shows a lot of features for you:

VRTIFY is an interesting mix of everything VR offers you. While VRTIFY doesn't offer anything new per se, it packages all the best VR features into one app. This means it can save you a lot of time if you want to discover the best things you can do with your new VR headset.

What's more, Audio Shield is an interactive way to engage with music. You might remember the game AudioSurf, where you used the keyboard to jump to the notes of the song of your choice.

Well, Audio Shield has a similar style of gameplay. It's a new virtual reality music game coming to the HTC Vive. In the game, notes fly at you and you have to hit them with the right remote control.

An interesting side effect that Jeff Grubb writes is that it creates new memories of your favorite songs. So if you play the song because you listened to it with your whole body, it creates deeper memories later. Similarly, if you see a band in concert, when you hear their music later, you'll remember the concert you were at.

You could argue that this is even better than virtual reality music visualizers because instead of being passive, it engages you to actively participate in the song.

While Rockband hasn't been released yet, when it does, you'll finally be able to immerse yourself in the lifestyle of rock stars.

Rockband VR is an Oculus exclusive game that will be released when the Oculus Remote is released.

It uses a Rift headset and one Oculus Touch controller, which are placed on the end of a guitar to be a motion tracker.