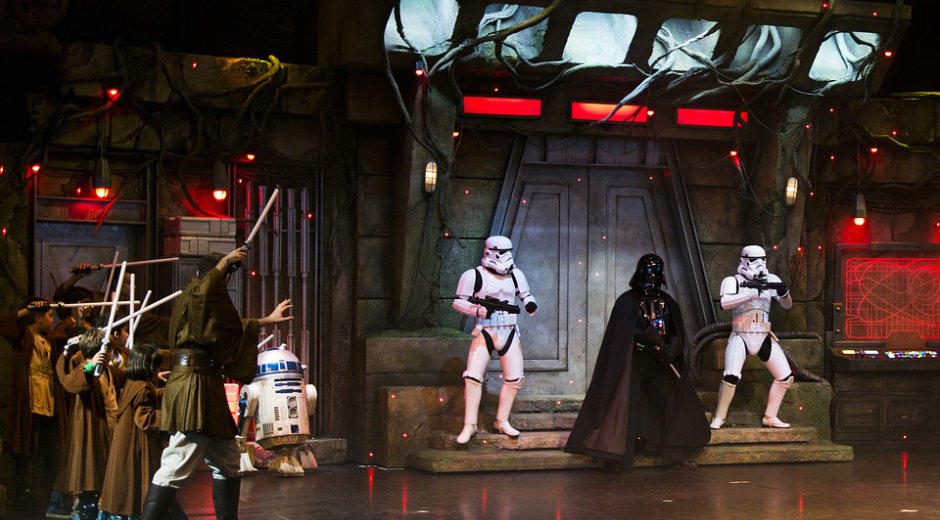 Since the release of Star Wars: The Last Jedi, fans have been asking us for more content, especially adventures with characters representing the dark side of the Force," said Kyle Laughlin, Senior Vice President, Games and Interactive Experiences, Disney Parks, Experiences & Consumer Products. Given the popularity of the films featuring Kylo Ren, he was an interesting candidate for a starring role in the Dark Side Expansion. I think fans will enjoy both this update and the Kylo Ren limited edition lightsaber.

The Dark Side Expansion is the third free update since the release of the set, which entered the market in November 2017. Fans will find new lightsaber duels with Yoda, Rey and other characters using Kylo Ren or Rey's weapons in this expansion.

The local multiplayer mode has been expanded with new Ship Combat, in which players compete against each other in real-time player-versus-player (PvP) mode, commanding a fleet of Empire and Rebel ships in a spectacular space battle.

The Star Wars: Jedi Challenges - Kylo Ren Lightsaber will be available starting this winter in select markets. Pricing and availability will vary by country. The new controller is fully compatible with all Jedi Challenges app content.

The Star Wars: Jedi Challenges Starter Kit can be purchased at www.jedichallenges.com and select local retailers. Prices and availability vary by country.

For more information, please visit www.lenovo.com/IFA and www.jedichallenges.com. The press kit for IFA 2018 with photos, video and full specs is available here.