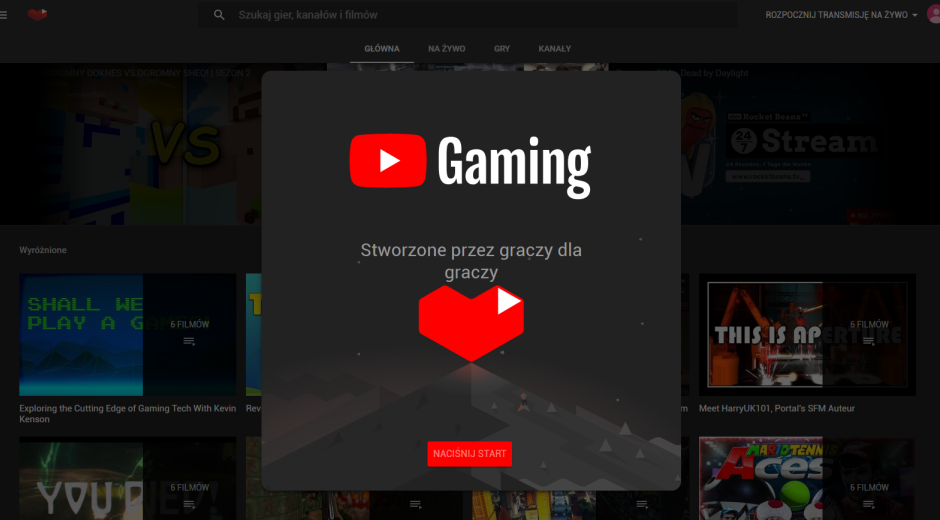 Streaming is an extremely important part of the whole modern gaming industry. You don't even have to be particularly familiar with this market to realize that there are huge profits in it. Therefore, it is not surprising that such an Internet giant as Youtube wanted to have its share in this phenomenon. However, the question remains whether this plan was executed well.

Recently, it has been reported that Youtube Gaming is a thing of the past. According to most users, the platform was prepared in a poorly thought-out way, and as a result, it failed to achieve significant success. Probably many people reading this text will realize that actually they have never heard about Youtube Gaming. However, it is hard to be surprised by that. The platform was founded in 2015, but during the three years of its activity it has not developed enough to reach the Polish market. This fact is also hard to understand. Generally speaking, local access to YouTube Gaming has been heavily restricted in many countries throughout this time, making it impossible for more than just gamers from Poland to take advantage of it.

After a giant like Google, which has powerful financial resources and all the necessary tools at its disposal, we could expect actions on a much larger scale and, above all, better planned.It is doubtful, however, that this is the last word on gaming on the part of YouTube. Despite the fact that there is a serious competition in the form of Twitch, the Internet giant certainly will not give up this market so easily. However, to stay in this industry,

YouTube must undoubtedly take decisive steps - and as soon as possible. There is already a visible trend of many famous players disappearing from the portal and moving to a place that brings together the entire online gaming community. The existing YouTube Gaming platform will be replaced simply by a tab with a similar purpose on the portal's homepage. This is nothing more than simply a separate category of videos set aside for gaming fans. There are various sub-categories in this section, covering recent titles or specific game genres, among others. Will it develop into anything bigger? For now, it's hard to say. It is certainly not yet a serious competition for services such as Twitch.

YouTube at this point simply does not offer as many opportunities for players to promote their game streams, as services created specifically with them in mind. It's hard to understand how such an Internet giant as Google missed such an important opportunity to take over a large part of the virtual market. After all, the gaming industry is growing every year, and some professional gamers earn big money on streaming. Perhaps Google is preparing some kind of big response to the actions of its competitors. So far, however, there is no indication of that.